Peugeot have seen the future, and it looks good! The manufacturer has given autoexpress access to two new models  which are pretty much concepts, yet they are concepts with a twist in that they actually work and are just there to give you something to stare at. In other words these cars aren’t just a pretty face. The two cars are the Quartz SUV and the Exalt saloon, and both are immediately striking, particularly the Quartz which looks like it’s been brought to life from the pages of a Japanese anime. It looks extremely aggressive, futuristic, sleek and powerful and whilst we aren’t predominantly a car site we felt we had to show these gems. 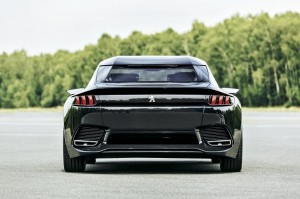 Both of them use Hybrid technology which compliments a tweaked version of the Peugeot RCZ’s 1.6-litre turbo engine. The Quartz pictured above could be a sign of what to expect from the second hand Peugeot 3008 and Peugeot 2008 which make up the brands current SUV range. The other car Autoexpress had the pleasure of driving was the Exalt which is probably my favourite. It looks like it could be from the future, yet it is also nostelgic, like it could have been on nightrider or something, especially from the back. 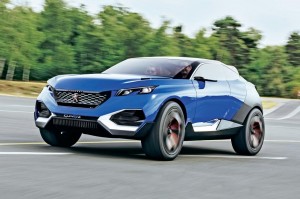 It’s definitely worth heading over to Autoexpress and having a look at all the pictures, the interior looks incredible! Lets hops something similar will be on show in future Peugeots.